Nothing makes Flip Night at The Front Porch seem like a better deal than the new record holder for Most Expensive Cocktail: it cost $12,916!

Wine aficionados have a reputation for being discriminating collectors, yet other types of liquor have their cultured devotees of their own. In 2008, if you wanted the most expensive cocktail in the world, you needed only $2,500 for the drink and a $2.25 subway ride to New York City’s Plaza Hotel where it was sold. That changed this February, when Club 23 in Melbourne, Australia introduced the “Winston,” a cocktail with a label price of almost $13,000, according to The Wall Street Journal.

The high price is due to a single ingredient: an 1858 Croizet cognac. This liquor, which fetched over $160,000 at a Shanghai action for a single bottle, was allegedly quaffed by the cocktail’s namesake, former British Prime Minister Winston Churchill as he planned D-Day. Despite the high price and the once-in-a-lifetime opportunity, however, the cocktail’s anonymous buyer took only a couple of sips, then got up and left.

Abramson, vice president of the Park Avenue Liquor Shop in Manhattan, said in an interview that customers seeking out luxury liquors are just as inclined as wine drinkers to pay a high price for the right bottle.

“It’s not like 20 years ago, when it was a businessman in a suit and tie,” he said. “People, especially rappers and athletes, will drop six, seven, $8,000 a bottle. It runs the gamut.”

He added that customers purchase expensive liquors for different reasons. “Sometimes they’re collectors that collect a certain scotch or cognac, and they’re buying it for an investment or for a high-end gift,” he said. “We sold a 60-year-old Macallan [whiskey] for $22,000, to a man who was building a new plane, and he thought it looked good in the plane.”

While $22,000 for a bottle of Speyside may seem like a lot, there have been some liquors that have far exceeded that. The high price tag could be because the liquor was produced in an extremely limited run, because it has gone unopened for hundreds of years, or simply because the bottle has been “blinged out” beyond the point of ridiculousness.

Whatever the reason, however, these liquors command a high price – and demand is out there in spite of it.

Read ahead to learn about some of the most outrageously expensive liquors in the world. 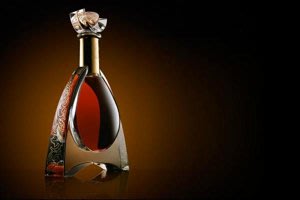 Since its founding in 1715, Martell has been producing cognacs for the discriminating palate. All of its bottles are of the highest quality, and none of them cheap. The company’s most extravagantly priced cognac is L’Or de Jean Martell.

This rare cognac is double-distilled, and subjected to a long maturation process in oak barrels. If that sounds appealing, a 750ml bottle can be purchased at the Park Avenue Liquor Shop for $4,200. 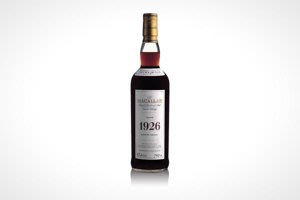 Macallan’s Fine & Rare Collection is the cream of this centuries-old distillers’ inventory. In some cases, these whiskeys date back to the 1920s, and they fetch high prices from collectors and connoisseurs. 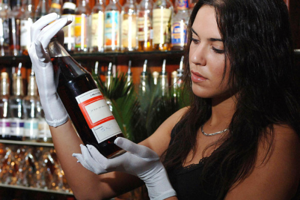 J. Wray and Nephew is a Jamaican rum manufacturer with modestly priced products. A 750ml bottle of Wray & NephewOverproof can be purchased at the Park Avenue Liquor Shop for $25. Well within the average budget, right?

Not exactly. According to BBC News, 12 unmarked bottles dating back to the 1940s were discovered in the company’s warehouse during a 2003 inventory. These bottles contained rum that, in some cases, included blends made in 1915. One bottle displayed at a 2006 rum festival in London drew a whopping $48,000 price tag, based solely on its rare pedigree. 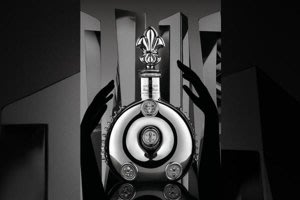 Remy Martin once manufactured exactly 358 bottles of Louis XIII Black Pearl Cognac, and they quickly sold out. Yet in the brief time in which they were available, one could walk into the Rose Club in New York City’s landmark Plaza Hotel, and order a glass of the exceptional liquor.

The price for a single drink? An eye-popping $2,500, according to a 2008 article in The New York Daily News. One might assume that even a rich mogul would think twice about spending that much on a glass of booze: the article estimated that there were 32 pours in the 1.75 liter bottle, bringing its value to $80,000. 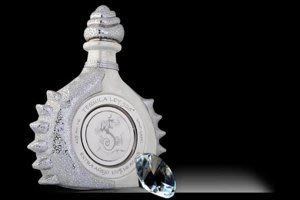 Tequila is more frequently associated with wild poolside partying than high-end collecting. Indeed, even the upscale Park Avenue Liquor Shop sells the stuff for as little as $15 a bottle. However, when it’s a one-of-a-kind Aztec Passion Limited Edition from Mexico’s Tequila Ley .925, money is no object.

In 2006, the tequila was encased in over four pounds of gold and platinum, and sold to a private collector for $225,000. The name of the collector, who was based in the U.S., was not disclosed.