The World’s Only Pub That’s Inside a Tree

The interior of this bar shares a striking resemblance to The Front Porch. Now if only we could find a tree this big in Denver…

Sometimes the name of a pub describes exactly what it is. So it is with the Big Baobab Bar in Limpopo Province, South Africa.

The “Big Baobab” of the Big Baobab Bar refers to the type and size of a tree. The Baobab tree is native to Madagascar and found sprinkled throughout arid regions of southern Africa. It is colloquially referred to as the Upside Down Tree because in the dry season, when the Baobab sheds its leafs, the branches resemble a tree’s underground roots. A baobab can store massive amounts of water in its trunk—up to 120,000 litres (32,000 gallons) of it—and so grows to a massive size. Unlike your typical deciduous tree that grows in seasonal concentric circles, Baobabs grow in chunky spurts that often lead to hollow areas inside the tree.

Which brings us to the “Bar” of the Big Baobab Bar. In the hollow area inside one particular Baobab tree on the Sunland Baobab Estate near Modjadjiskloof, South Africa, the owners have constructed an entire tavern!

The Big Baobab Bar has everything you might find in a traditional British pub—draught beer, bar stools, a dartboard—except maybe your typical pub doesn’t have this many ants. The pub even has a telephone and can accommodate more than 50 patrons. Coolest of all, literally, is the lower level of the interior tree cavern where the moisture and darkness naturally keep the beer cold.

In addition to its arboreal bar, Sunland Baobab runs a treehouse restaurant. They also offer overnight accommodations in A-frame bungalows (or “jungalows” as they call them) for a mere R250 (US$35, €25). There’s a swimming pool on the grounds, as well as quad biking trails.

So next your travels take you to northwestern South Africa go out on a limb, spend a few nights at Sunland Baobab, and enjoy a cold one in the world’s only pub that’s inside a tree. 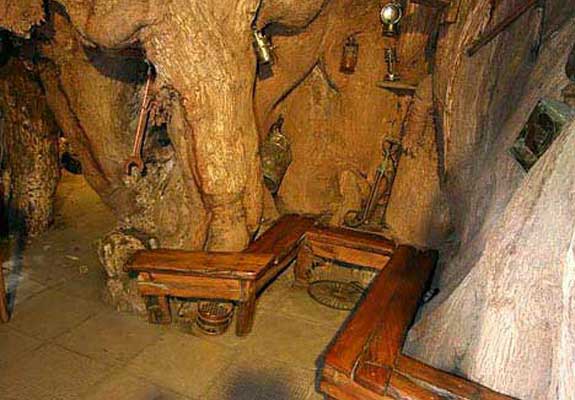 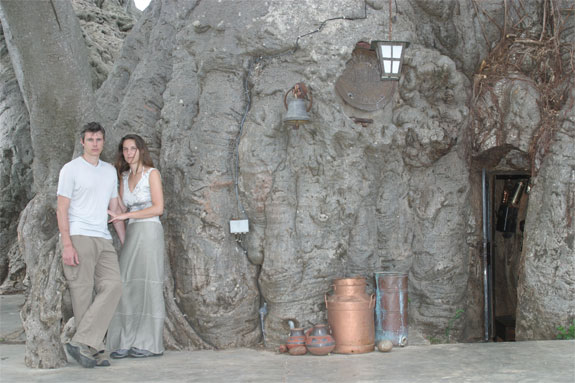 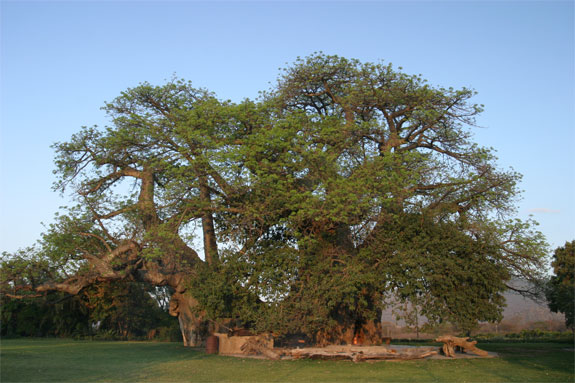